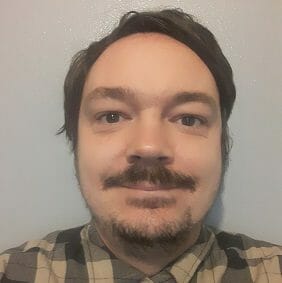 Tony is a member of Generate and also works as one of our Generate Voices Coordinators. He wrote this blog post about his views on the Spectrum 10k research project.

I wanted to share my thoughts and opinions on a topic that caught my attention on social media recently, something which has raised great concern and alarm from me and other autistic people in the community. An example of something which I would personally not commit to. It is called Spectrum 10k.

Spectrum10k is a large study of Autism looking for 10,000 recruits with Autism. It’s being conducted by the University of Cambridge in their Autism Research Centre, people for all ages can take part and must have a formal diagnosis of Autism (self-diagnosed people aren’t allowed to take part) The aim of this study is to investigate “environmental and genetic factors that contribute to the wellbeing of Autistic people and their families”

How it works is that you need to fill in a 30-minute online survey then you will need to send in a DNA Sample by saliva in the post, the first red flag that I noticed. They claim that by doing this, they can improve diagnosis and better understand the causes of autism. This study is however voluntary so people can withdraw if they wanted to.

My concerns grew when I discovered who was leading the project, Simon-Baron Cohen who is known for his controversial autism theories including Mind Blindness and Male Extreme Brain, the second person being Daniel Geshwind who has been linked to Cure Autism Now.

What alarmed me even more was that Spectrum10k spoke about tests for autism in unborn babies, this shocks me as the message I saw was that parents could choose to have an Autistic child or not. It looked like this study could give out the message that Autism is something to be feared and prevented. Spectrum10k are adamant however that they are not looking for a cure for autism or to eradicate it (meaning they do not want to get rid of it)

The backlash received from Spectrum10k’s research project has led to the creation of #BoycottSpectrum10k, a social media campaign led by autistic advocates who strongly oppose this study and have written an open letter. Because of the negative feedback, Spectrum10k have paused research for more consulting and will not recruit more people.

I have tried to find at least one fair point about this research project however this has confirmed my concerns as an autistic person, reading quotes such as “No direct benefits from taking part” and more frightening “would not be possible to remove data from the research that has already taken place” despite saying this is voluntary.

I’ve chosen not to get involved in Spectrum10k as I feel that I understand my own wellbeing and would not commit to something which may give out my DNA and data to other third parties, a message I’ve also seen on blogs and YouTube videos. I relate to my fellow autistic people’s opinions perfectly and share this message.

Autism should be understood in a good light (it’s not always doom and gloom) we have unique talents and ways of seeing the world which should be embraced. We should be valued for who we are and don’t need to be told otherwise. You cannot change something which isn’t a disease!

Not everyone might agree with my thoughts on this project and I do respect people’s different opinions on this. No one can be stopped for taking part if it ever continues again in the future, however I do hope they are aware of what they will be getting involved in.

Thank you for finding the time to read this. Stay safe everyone!

Generate Voices’ Speak Up Meet Up

Make a difference, become a volunteer!
Comments are closed.