Learning About Race and Racism 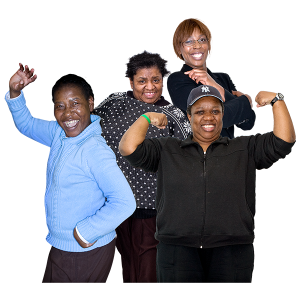 Generate runs a group where our members can get together to learn and talk about racism and race issues. It came about after the Black Lives Matter protests in 2020, and is funded by London Catalyst.

So far the sessions have covered topics including racism in the UK and racism around the world, and allowed members to bring in their own experiences of racial prejudice. For example, one group member said he experienced discrimination at school when he was told he couldn’t draw because he “was black” by another student and he felt very upset with and wronged by the person.

Today’s meeting will be about George Floyd and the recent trial of Derek Chauvin.

The group have had a lot to say about the things that they have learnt, especially about racism in the UK – something that they had not heard much about. The group were all familiar with the story of Rosa Parks, which they learnt at school, but this was the first time they had been told about the Bristol Bus Boycotts. They also have reflected on the 1919 Race Riots, Notting Hill Riots, the Mangrove 9, Stephen Lawrence, and the Windrush Generation.

One group member gave the thoughtful reflection that the escalation of lots of small racial tensions led to the Notting Hill riots. He also said he thought the Mangrove 9 were “treated unfairly and maybe corrupt police were involved and it was ridiculous the charges against them.” Another agreed and said, “they were not breaking any laws.”

The group concluded that they thought the treatment of the Windrush Generation was unacceptable.

We think it’s important that people with learning disabilities are given the opportunity to explore these issues beyond the headlines and reach their own conclusions. It’s also been valuable to our BAME members to reflect on how their race intersects with their disability, and to learn more about activism. One member told us that he’s been treated badly on occasion due to his skin colour but he has never been given the opportunity to actually do something about racism.

The group says that “everyone should pledge to eradicate racism for good.”

Getting used to getting out of lockdown: Generate Voices Forum