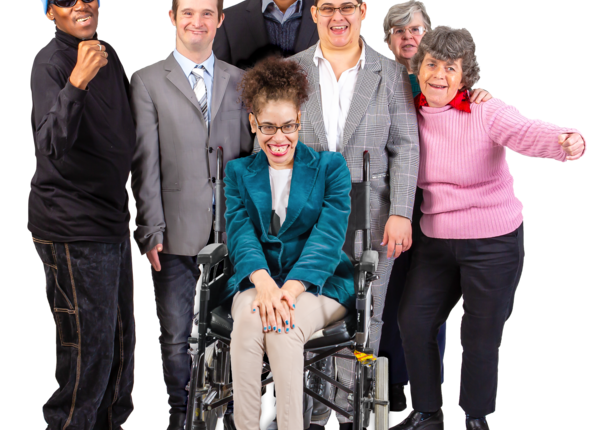 One goal for Generate Voices this year was to speak to local councilors in Wandsworth on the advice of the fantastic Marsha De Cordova, who inspired the members to get more involved with politics! At a recent Generate Voices face-to-face session, we had a guest speaker come to Generate, Graeme Henderson.

(Katie Stock, councilor for Falconbrook sadly couldn’t make it to the session but we hope to have her come to a future session!) 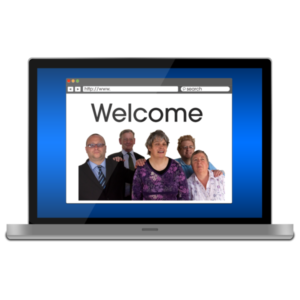 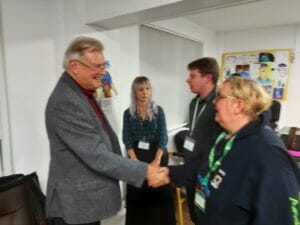 Everyone welcomed him in when he arrived, Tony opened the session by introducing Graeme to the group. Michelle, a longtime member, explained what Generate is and the activities that they do. Afterwards, each member introduced themselves and said why they became a Generate Voices member. 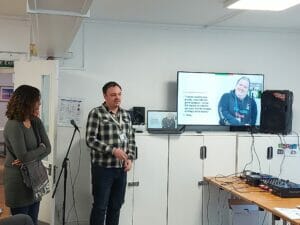 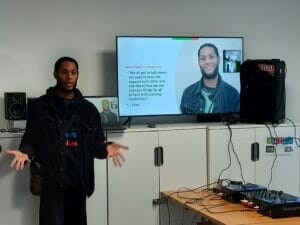 Then Tony, Nic and Rio did a presentation about what Generate Voices is, what we do, the notable guests we’ve had and what our future plans/goals are for the future.

The Role of a Councilor

Graeme explained to members that he is one of 32 councilors in London. He then asked members if they knew the role of a councilor. Not all of the members knew what a councilor was until this session. 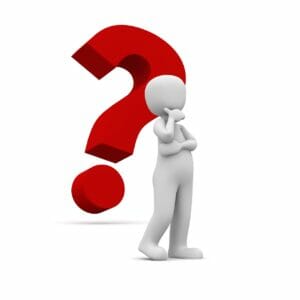 Graeme took the time to answer questions from the members, he said that he was very keen to hear the thoughts and needs of those with lived experience and how services can be improved within the borough. 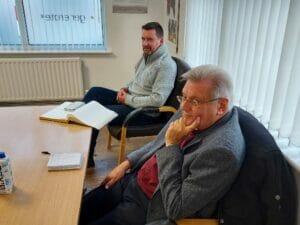 Some members shared how they have developed a lack of trust in politicians as they felt like they forgot the needs of the community, something that people who read this may relate to very well.

Leon asked, “Do councilors work independently or together?”

Graeme replied that there are regular “cross party” Councilor group meetings to discuss issues that affect Londoners the most. Also, Councilors have separate groups in the area of their skills. However, Graeme felt that this process is useful as he feels that people learn from working together.

Nic asked “Do you like doing your job and do you like the political aspect of it?”

Graeme replied “I’ve always had an interest in politics…. for me it’s an opportunity to give back to people and make a positive difference”

A member mentioned that during the lockdown, people with learning disabilities got sent letters about support charges that were unreasonable.

Mike (our CEO) said that unfortunately, people’s contributions are not clearly explained to people with learning disabilities. He also asked Graeme “What does the budget means for social care? Also, can adult social care rates be reviewed?”

Graeme replied “Unfortunately, the government is reducing taxes for the wealthy people, it is also likely that they will impose further measures that will affect local authorities and charities. As a result, the social care budget may be reduced, and local authorities will possibly see a massive reduction in funds.

He added that “previous Conservative governments had refused to put the Living Wage into effect…. However, the Labour Party has made a pledge to support people in paying the Living Wage…But this is all based on how much the council is allocated and we always have to produce a balanced budget. We have also been pushing for a process where service providers can appeal to their local authority if they’re struggling financially.”

Michelle asked “Why are different borough wages at different levels for the same roles?

Graeme explained that it has a lot to do with different contracts and the cost of living in those areas.

Leon asked, “Does being political affect your job role?”

Michelle agreed and said, “We need more houses, but what about the youth recreational areas that have disappeared or have become run down?”

Graeme said “We are working to try and reopen youth facilities closed by the Tories, mostly it’s important for the youth to have access to services that provide them with a positive outlet” 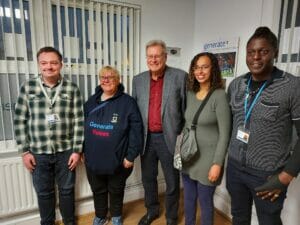 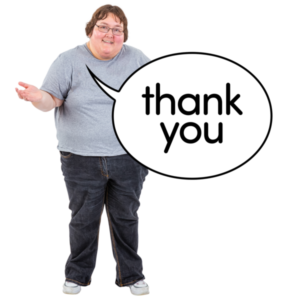 Thank you, Graeme, for taking the time out of your busy schedule to come to Generate and engaging with our members! Generate Voices are aiming to invite more councilors from different parties to future Generate Voices Forum sessions!

If you’re interested in Generate Voices, the sessions we run and the campaigns we are running, please do contact Generate Voices Co-Ordinator’s Chiz and Tony!

Let’s talk Mental Health and your rights at Generate Voices
Comments are closed.