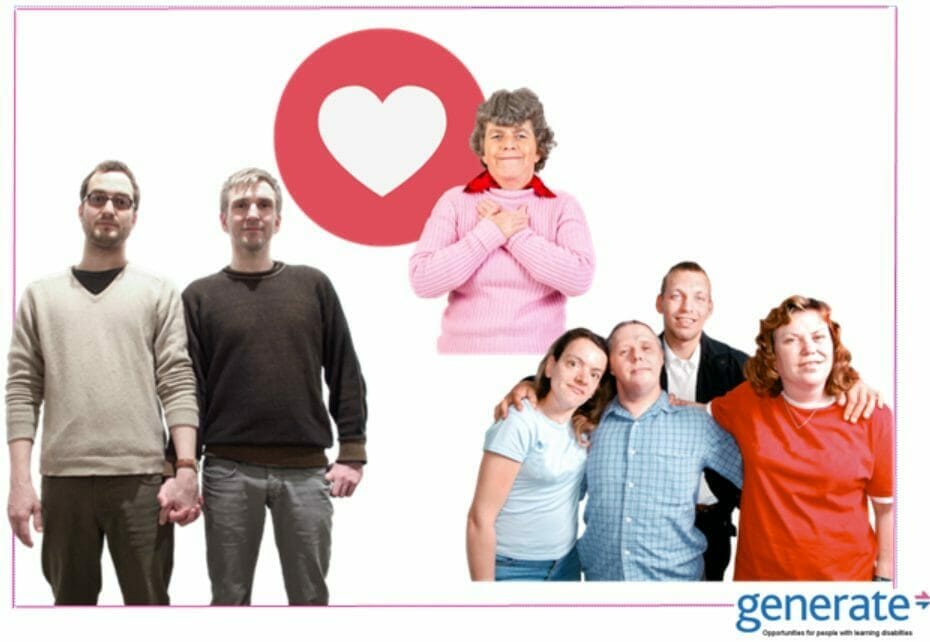 This week’s topic of discussion at the Generate Voices Forum was chosen by Kerry-Louise, who feels that there is not enough said about LGBTQ+ and people with learning disabilities. She’s right. A recent study by the Commission for Social Care Inspection found that 45% of people using social care services said they had felt prejudice when talking about their sexuality. LGBTQ+ rights have become a growing and prevalent issue in recent years, with many people finding the courage to speak out about their experiences. Yet, for people with learning disabilities, there is still a degree of silence around the discussion.

Within our Generate Voices meeting members shared their thoughts and opinions on the LGBTQ+ community. There was a general consensus that members felt sexuality and sexual health was not discussed enough in their schools or with support workers or carers. For a few Generate Voices members, LGBTQ+ was a new phrase and not a topic they had ever engaged with before. It seems that people with learning disabilities are shielded from these discussions, but we wonder, why?

The group went on to bring the discussion back to a wider picture of LGBTQ+ rights in society. Whilst there was agreement on the success that has been made, the group agreed there are still many challenges for LGBTQ+ people. Luis explained how LGBTQ+ people are misunderstood, with some thinking it is okay to bully others based on their sexuality. Luis said this makes him for bad for other people. Terry agreed that LGBTQ+ rights are not a joke and should be taken seriously. The group also acknowledged how discrimination against the LGBTQ+ community is reproduced everyday through harmful language, for example, the use of the word ‘gay’ in slang as something negative or derogatory. The continuation of discrimination against the LGBTQ+ community means that identifying as gay can make them more risk of violence, which is worrying. Tony said he doesn’t blame people for being scared about coming out and their sexuality as there is still a lack of acceptance in society. Michelle said she felt that some people do not understand it and that there needs to be more support from the government to stop these forms of discrimination from continuing. Terry furthered that violence against LGBTQ+ people should be criminalized as a hate crime, so that perpetrators learn that these actions are not okay.

One thing that all members agreed on is that LGBTQ+ rights should be respected. Love in any form should be celebrated. Tony said how it’s natural, people cannot help feel the way they do, and every form of love should be accepted. Terry agreed, poignantly stating, “love should not be labelled”. Love should instead be cherished and supported, regardless of what sexuality. The group concluded that there needs to be more awareness so that people can live freely as they are.

We hope you enjoyed reading and hearing the different views of the Generate Voices forum on the topic of LGBTQ+. If you have enjoyed this week’s topic then please come along to our meeting next week so that your voice can be heard!

Getting used to getting out of lockdown: Generate Voices Forum
Comments are closed.